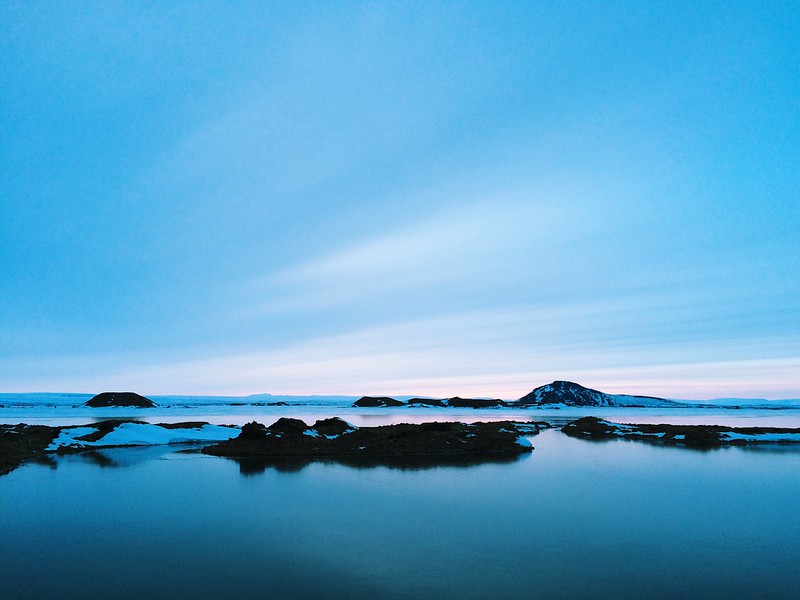 After spending the better part of 10 days in Iceland in mid-February, we’d go back any time.

While many of the mountain areas are unreachable in a rental vehicle in winter, there’s plenty accessible in other parts of the country. And it’s clear from both this trip and our previous visit, in the summer, that the weather can cause problems no matter the time of year.

We spent this trip visiting areas we had to hurry through after a storm stranded us while we were circling the country last time. We picked our dates after reading that conditions for skiing – cross-country, in our case – in the northern part of the country were best in February and March.

While there wasn’t enough to ski, we still managed to get out on a few short hikes – but more about that later. For now, here’s a a look at our trip, by way of a little number crunching. 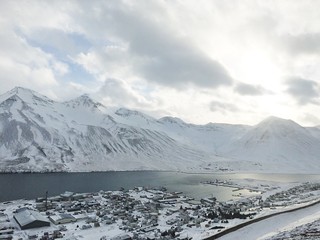 We flew into Keflavík, west of Reykjavík, and stayed in the capital city our first night. The next day we drove to Mývatn, in the north, where we stayed for three nights. While there, we explored around the lake and slightly farther east to the Krafla area.

Next, we came slightly west to Akureyri, the country’s second largest city, for two nights. We spent one day driving north out Eyjafjörður to the town of Siglufjörður, on the Tröllaskagi Peninsula. This was the farthest north we came on the trip, with the Arctic Circle 46 kilometers or 25 miles away.

Our last stop was two nights in Grundarfjörður, where we rounded the western tip of the Snæfellsness Peninsula, before returning to Reykjavík for our final night and flying home.

Fuel was one of the larger price differences when compared to home. The average price we paid for diesel for our rental SUV was 206 krónur per liter or about $5.85 per gallon, compared with less than $2 per gallon for unleaded gas in the U.S. Our most expensive fill was a little more than 45 liters for 9,355 krona or almost 12 gallons for a little more than $70. 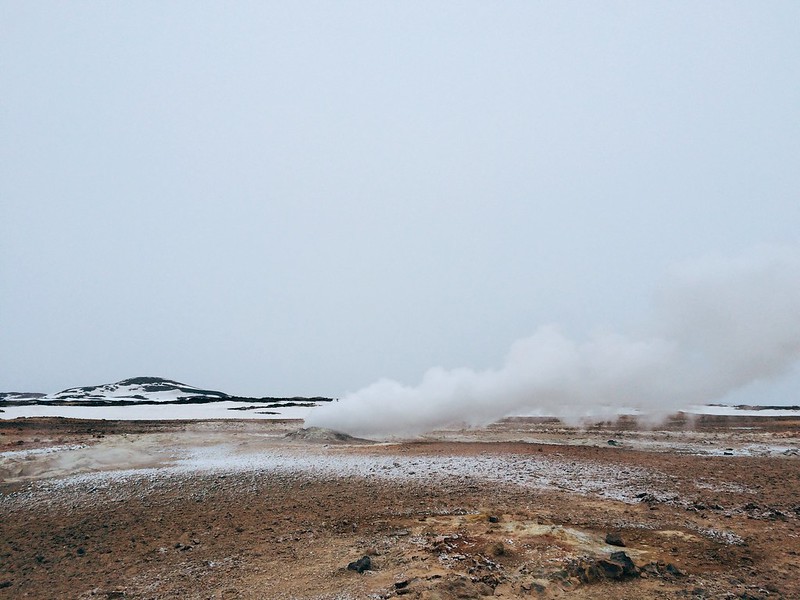 Temperatures were close to what we’re used to at home. For the period we were in the country, the high in Reykjavík averaged about 1 degree C or 34 F and the low minus 4 C or 25 F. Historically, that’s a little colder than the average high of about 3 C or 37 F and low of minus 2 C or 28 F. The historical averages for Missoula during that period are a high of about 39 F and low of 21 F.

On a couple of days during our visit, wind made recreating or driving difficult. Both days had maximum wind speeds of more than 20 meters per second or 45 miles per hour, gusting as fast as 35 mps or 78 mph.

While staying in the Mývatn area one day, we were pelted with ice and sand or rock particles while trying to hike down the road from the Víti crater. That night, our guesthouse rattled continuously. Driving along the southern coast of the Snæfellsness Peninsula another day, we lost sight of the road in whiteout conditions several times and had to briefly stop, at one point for about 10 minutes.

During the trip, we never saw the northern lights from the ground. We did, however see them from the plane – both inside and out. Flying through the night over Canada and Greenland, our Icelandair plane’s interior lights changed to green, blue and purple. For a short time, the real aurora lit up the sky beyond the wing.

We’re vegetarian. Fish, seafood and lamb are Icelandic staples. Fortunately, Reykjavík has a number of vegetarian or vegetarian-friendly restaurants. We ate at Gló twice. Its menu is simple – wraps, soup, salads, a meat option – but flavorful, more filling than it appears and reasonably priced.

While our diet largely limits our ability to sample the local cuisine, we do eat dairy so yogurt-like skyr was an option.

We always like to try local beer when traveling, and Iceland has a number of excellent options. You can’t really go wrong with anything from Borg Brugghús or Einstök Ölgerð. We didn’t, however, sample the seasonal Hvalur 2, which you might have read about. The ingredients, from the brewer’s website: “Pure Icelandic water, malted barley, hops and sheep shit-smoked whale balls.”