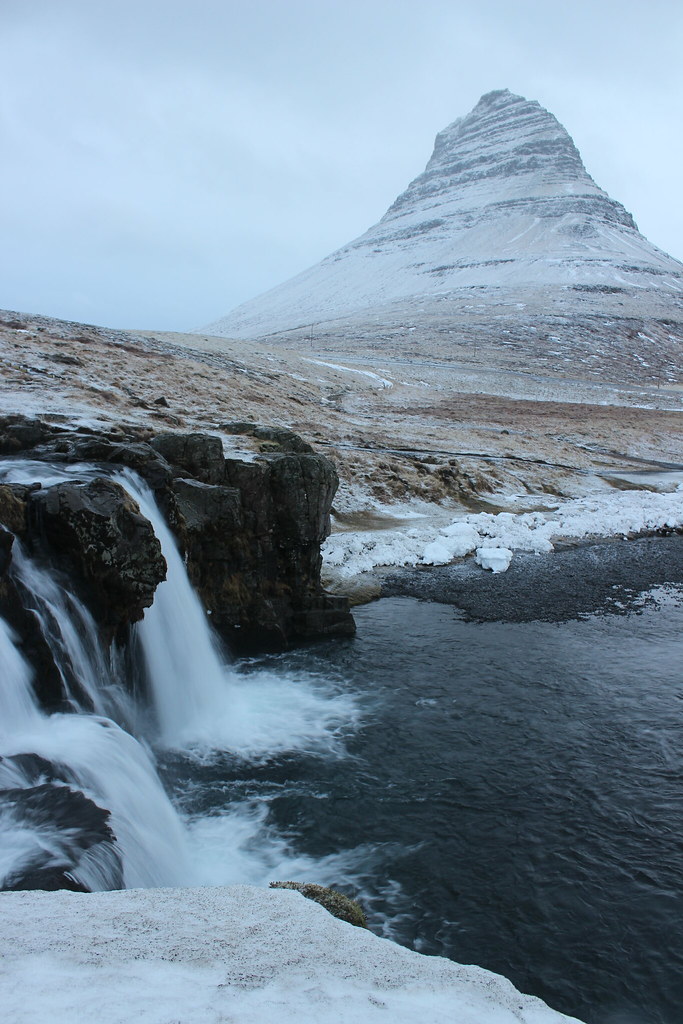 The last stop on our Icelandic itinerary was the Snæfellsness Peninsula, jutting west into the Atlantic Ocean and ending at a glacier-capped volcano.

About three hours after leaving Akureyri, we turned off the Ring Road, following smaller, snow-covered highways most of the way out the north side of the peninsula. Over the next couple of hours, we first passed through farmland blanketed in white then along the mountainous coastline, which had a fresh layer of powder that at one point was about floorboard deep on our vehicle. Before turning onto a better maintained highway near Stykkishólmur, we had passed maybe five houses and only a few other vehicles.

An hour later, we arrived in Grundarfjörður, where we stayed for the next two nights. 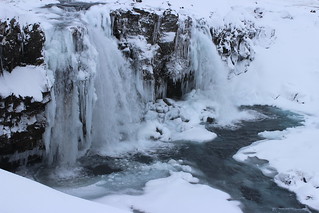 Search the Internet for “Iceland” and you’re likely to find photos of a pointed peak next to a cascading waterfall with the northern lights overhead – that’s Kirkjufell and Kirkjufellsfoss just outside town.

After checking in at our guesthouse – an old post office that had been renovated – we used the rest of the late-afternoon light to hike the short trail to the waterfall and drive farther west, toward Snæfellsjökull National Park.

Heavy snow fell as we returned to town, and as it continued into the night we became hopeful we would finally get to go cross-country skiing. We’d had noticed a wide, flat path paralleling the highway from town to Kirkjufellsfoss and a trail around Kirkjufell, and with the amount of snow on the ground by the time we went to bed we had the next day planned.

Unfortunately, the night air warmed, the snow turned to rain and by sunrise everything was soggy.

The rain continued to varying degrees – from light sprinkles to downpours – throughout the day, so we drove the road through Snæfellsjökull and around the peninsula, stopping for a few short hikes. 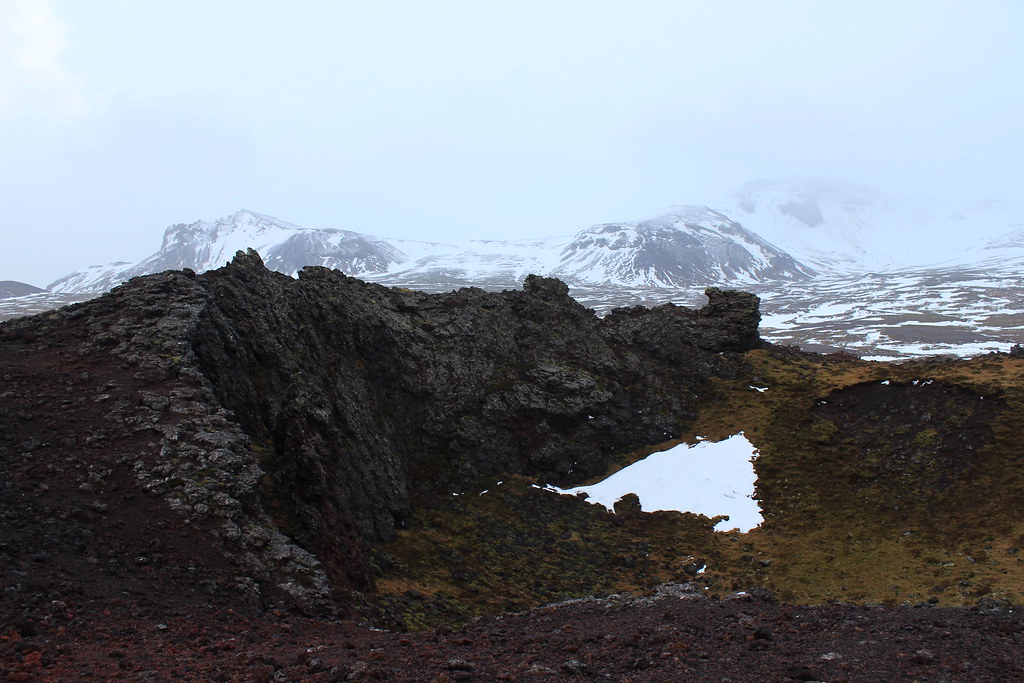 At Saxhóll, we climbed to the rim of the small crater, which provided a view of the surrounding lava field and the park’s namesake mountain and glacier, rising into the clouds. The rugged landscape served as the staring point for Jules Verne’s “Journey to the Center of the Earth.” 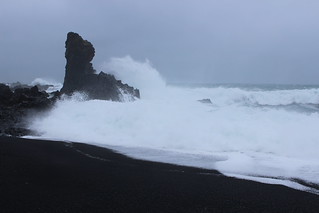 A short drive off the main road through the park, we followed a trail down to the black sand beach at Djúpalónssandur. At the bottom, a series of stones that once provided fishermen a test of strength remained. On one side of the beach, waves rushed ashore on the sand; on the other, they crashed into sea stacks. 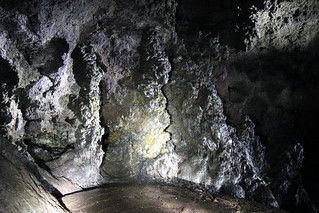 After leaving the park on the south side of the peninsula, we turned back and stopped at the Vatnshellir lava tube. We don’t usually go on organized tours, but that was the only way to access the tube – and despite dripping water, it ended up being one of our direr activities that day.

Through a passageway dug from the snow and down a spiral staircase, we descended into two sections of tube 32 meters beneath the surface. Along the way, we learned about the geological formations within and the lava’s path to the sea.

The next day – our final day in Iceland – we drove back through Snæfellsjökull on the way from Grundarfjörður to Reykjavík. Despite having been through the park the previous day, the four-hour trip wasn’t uneventful. 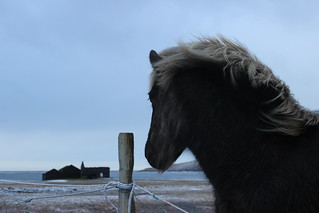 After stopping to watch some horses in a pasture just outside town, the wind picked up as we rounded the peninsula. Soon, snow was blowing across the road, at times completely eliminating visibility beyond the windshield. With two sets of faint headlights behind us, we continued until reaching an area where the topography disrupted the wind and whiteout conditions. 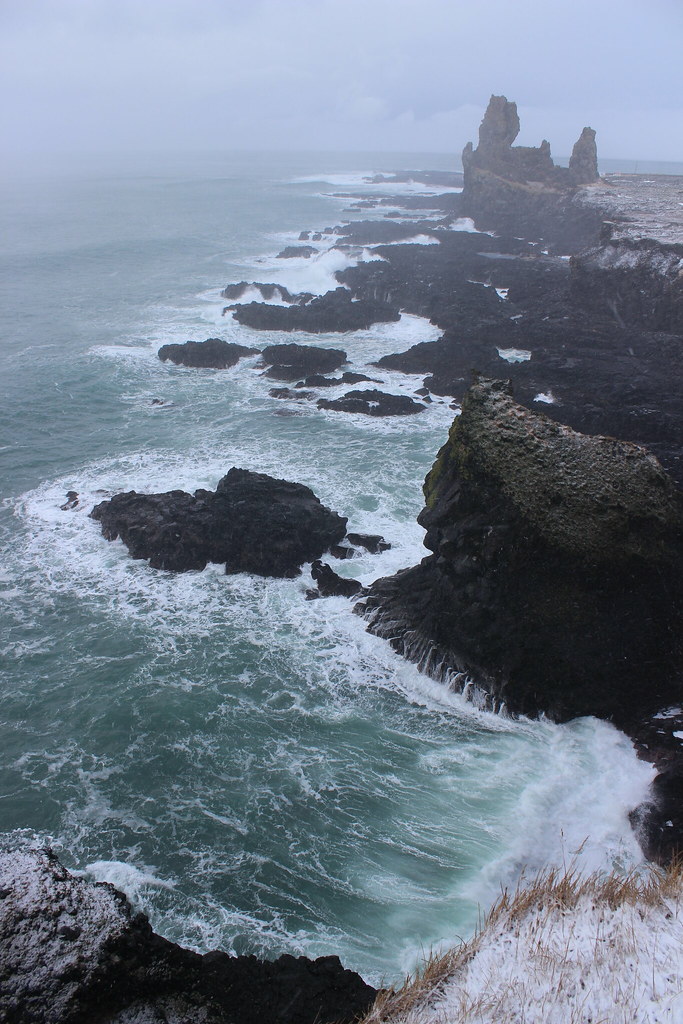 Letting the other vehicles pass, we stopped and went on a short walk to view the Lóndrangar basalt plugs. The rocky pillars remaining from volcanic activity rose from rough seas near a lighthouse.

Back on the highway, conditions deteriorated further. After passing a line of stopped vehicles outside the park on the south side of the peninsula, we, too, pulled over as the wind gusted to more than 30 meters per second, or 67 miles per hour, and the road disappeared.

After waiting about 10 minutes, we pressed ahead, and once off the peninsula the wind died, visibility returned and we continued to the capital.

The next day, we departed from Iceland after a stop at the Blue Lagoon, having neither skied nor seen the northern lights, but satisfied with our winter vacation.

Here are more photos of Grundarfjörður and Snæfellsjökull National Park.