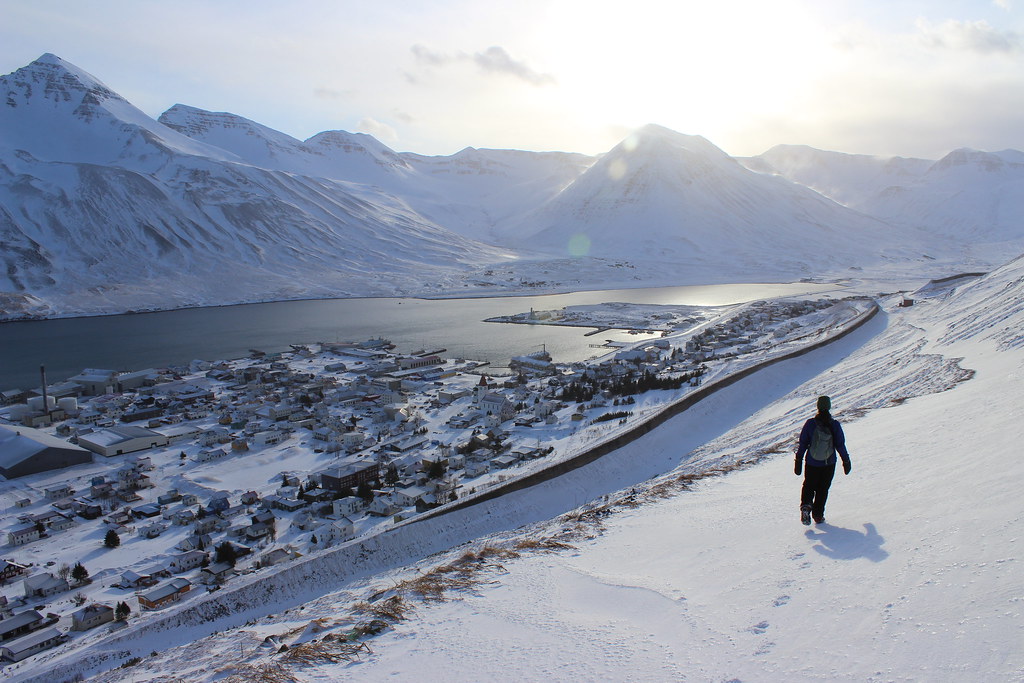 After visiting the Mývatn area, we turned back west to Iceland’s second largest city, Akureyri, on the western shore of Eyjafjörður.

Five kilometers above town, Hlídarfjall Ski Center is one of the country’s best ski areas, we read, with 20 kilometers of cross-country routes in addition to downhill runs. And February was known for having some of the best conditions.

Again, however, we couldn’t ski. The slopes looked awfully brown the day we arrived, and a Reykjavíkur staying at our guesthouse told us he had just come down from the ski center because it had closed due to high wind. We drove up to Hlídarfjall to take a look for ourselves, and from what we could tell only 5 kilometers of cross-country routes would be available if it opened the next day.

We decided to look for alternatives – possibly another place to ski, but more than likely somewhere to hike.

We drove north to Dalvík, where there was ferry service to Hrísey. Nature trails out of the island’s small village offered an option. Continuing northwest from Dalvík to Ólafsfjörður or Siglufjörður, on the Tröllaskagi Peninsula was another possibility. There were also trails leading up a valley above Akureyri, although we didn’t know how well they would be marked in winter. 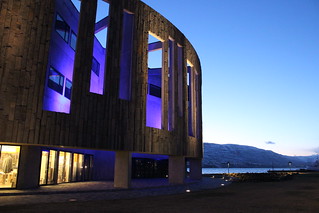 Late that afternoon, we explored the shops, restaurants and bars of Akureyri’s small, pedestrian friendly downtown, just a block from our guesthouse. (Akureyri Backpackers, a hostel, had a restaurant and bar on the main level with a good beer selection and the best food options for vegetarians, so we ended up eating there both nights of our stay.)

The next day, we decided to continue north out the fjord and around the peninsula, which proved worthwhile.

The drive to Siglufjörður itself is a scenic adventure. Near the north end of Eyjafjörður, the cliffside road turns west abruptly into a 4-kilometer tunnel through the mountains to Ólafsfjörður. On the other side of the town, the road travels through two more tunnels – 7 kilometers to a small fjord, then 4 kilometers more – to Siglufjörður. Exiting the tunnel, we found a much snowier landscape and a picturesque village. At 46 kilometers south of the Arctic Circle, this would be the farthest north we traveled on our trip. 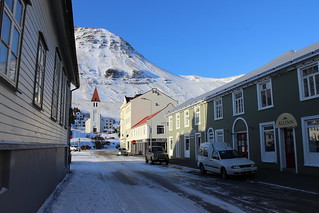 Stopping at Sigló’s library, we learned of a network of trails up the side of the fjord on the town’s avalanche defense barriers and into a small valley above. While this seems counterintuitive, the avalanche “dams” were constructed with recreation in mind.

From the north end of town, we walked uphill south then turned back, eventually rising west into the valley above. During a brief but heavy snow flurry, we considered turning around. After waiting a short while, however, the conditions improved and we continued up the slope.

In the valley, we followed trail markers that were sticking out of the snow a short distance, then turned around and took in the town and fjord from above. At that point, the sun had broken through the clouds and revealed the peaks above the fjord. When we got back to our vehicle, we had covered about 7.5 kilometers – a good day out. 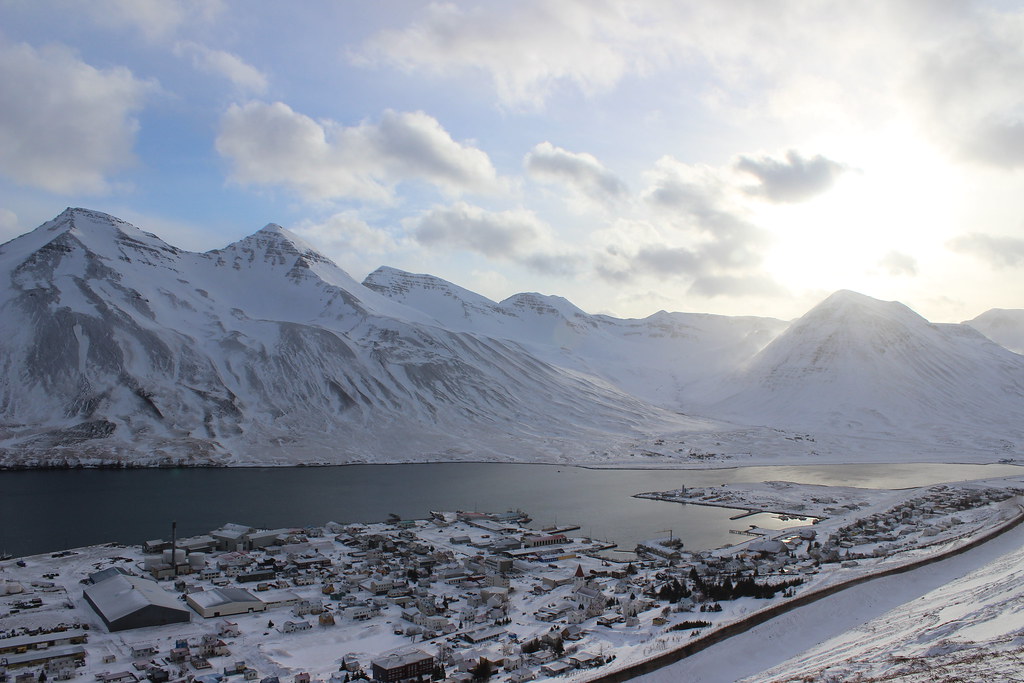 The next morning, after coffee and pastries at a downtown bakery, we made our second-longest and most remote drive of the trip, to Grundarfjörður on the Snæfellsness Peninsula.

Here are more photos from Akureyri and Siglufjörður.