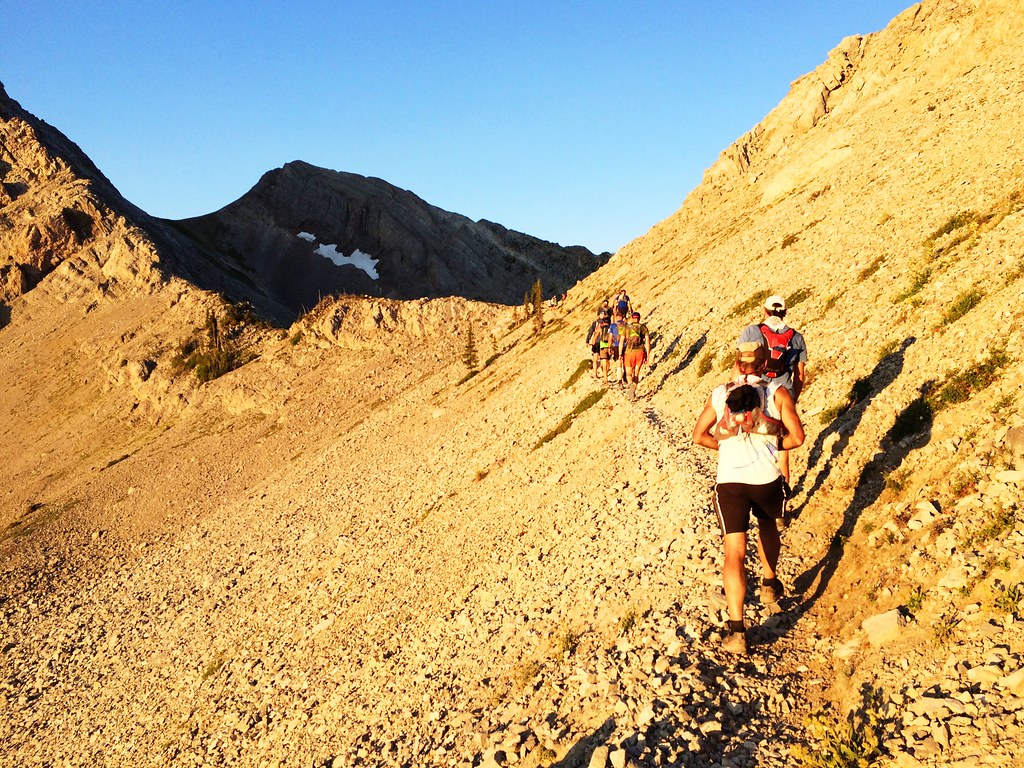 On the last weekend in July, I joined a group of Missoula friends for the Run Across The Bob, or RATBOB.

The annual run – this was the third year – is loosely organized, covers 50-some miles and crosses the Bob Marshall Wilderness from east to west. The 1 million-acre wilderness area was designated with the passage of the 1964 Wilderness Act.

We left Missoula on a Friday afternoon and camped at the Mill Falls Campground on the Rocky Mountain Front west of Choteau, stopping in Augusta for dinner at the Buckhorn Bar and last-minute supplies at the grocery store next door.

Early the next morning, we packed up camp and got our gear together for the day, then drove to the South Fork Teton trailhead a mile up the road to the southwest. 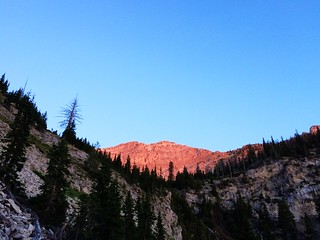 About 5 a.m., we started up the trail southwest to Headquarters Pass by headlamp. The first 4 miles were some of the more scenic parts of the day, as we passed a tall, streaming waterfall, took in sunrise on the talus slopes below Rocky Mountain, and were greeted at the 7,755 pass by a group of mountain goats.

At the pass, we said goodbye to our shuttle drivers, who ran back down to the trailhead then spent the day on the road and setting up camp near the end of our route on the west side of the wilderness. At that point, there was to turning back. 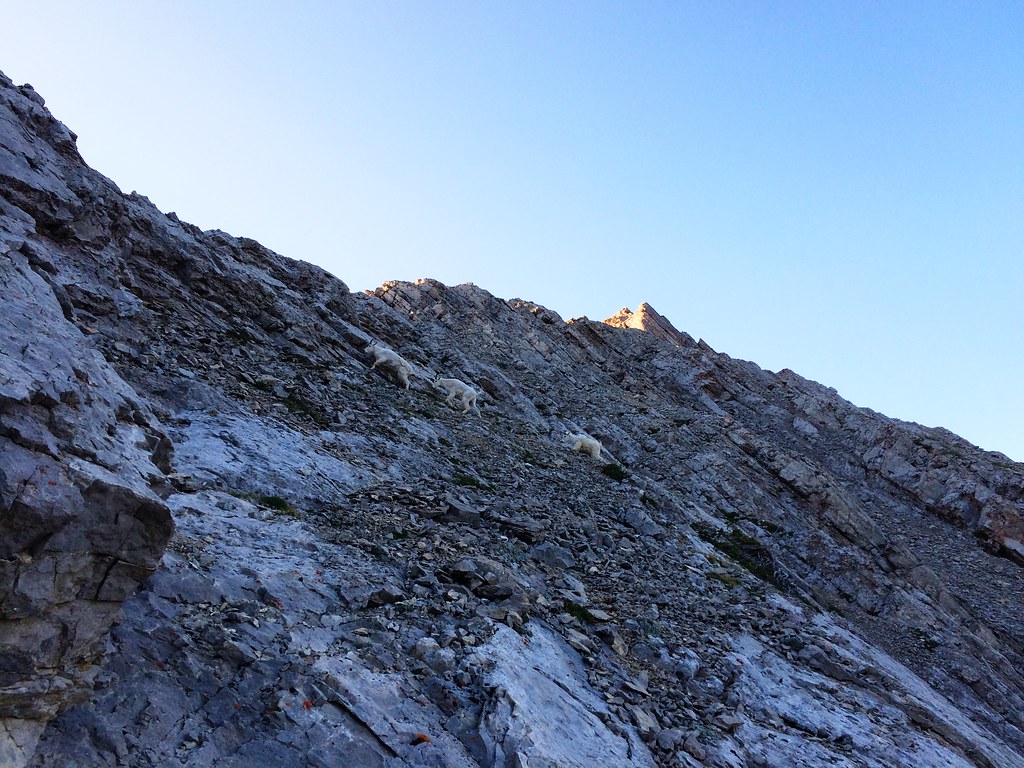 For the next 8 miles, we descended west along Headquarters Creek to the North Fork of the Sun River. After a stop to eat some food, we crossed a pack bridge over the river and headed for the Gates Park Guard Station.

With several trails meeting at the guard station, the scene of our group stopped at a junction consulting multiple maps made for a moment of humor – especially when we found the cabins and backcountry airstrip just beyond the stand of trees in front of us, at about 13 miles.

From the guard station, we continued west up Red Shale Creek on the Continental Divide Trail, splitting into several smaller groups. The area burned in a 2013 wildfire, making for a sunny, warm run, and many of us made our first stop to refill water bottles and bladders here. While I was among those who carried a filter, this was the only place I used it – several people who went on previous years’ runs found the water safe when left untreated, and I joined them out of convenience. 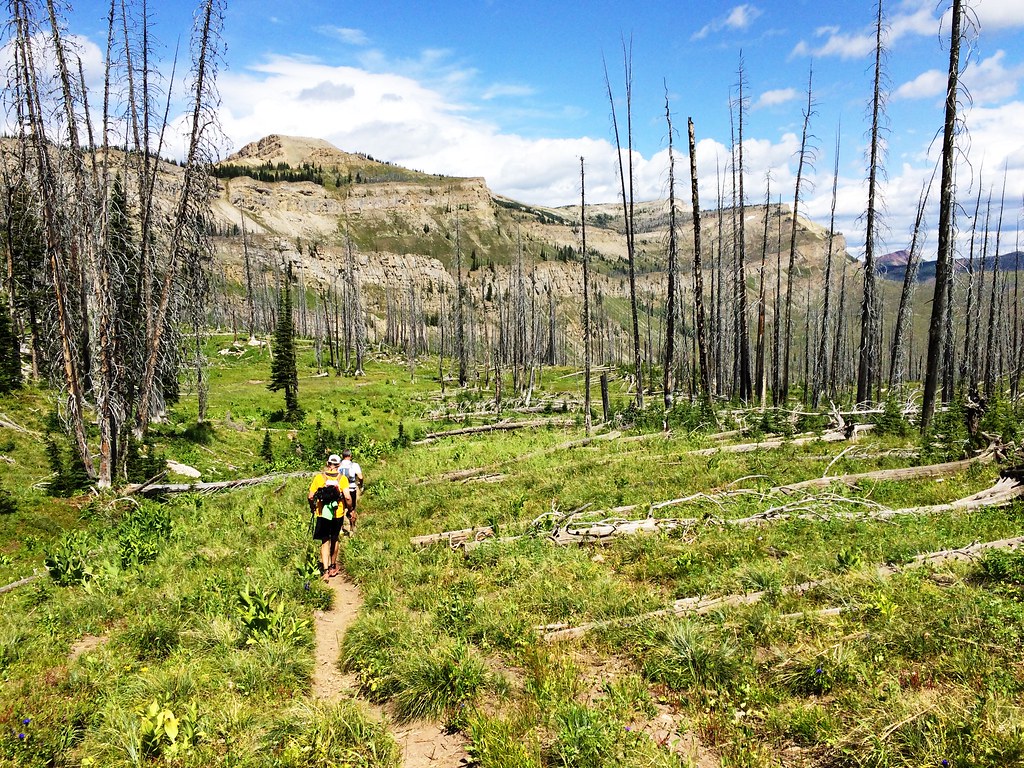 After entering thick forest for a couple of miles, we reached a meadow at the base of the North Wall near 21 miles and stopped to wait for others to rejoin the group. The North Wall is an extension of The Bob’s famed Chinese Wall, a 22-mile-long escarpment that averages 1,000 feet in height. 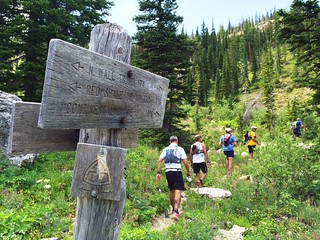 For the next 13 miles, we followed the trail north along the base of the wall, splitting into smaller groups again as we crossed several small passes and burn areas that offered views up and down the cliff line. Eventually, we turned west and climbed steeply up the wall for a mile to Switchback Pass near Kevan Mountain. From the pass we could see back south along the wall and east to where we started. 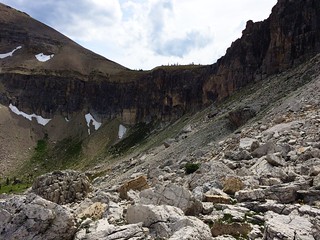 The 7,767-foot Switchback Pass got its name from the trail on its west side – in less than 4 miles, we dropped about 3,000 feet to the southwest and rounded more than 40 switchbacks. Back in the forest at the bottom, the trail became level as we waded across Pentagon Creek and reached Pentagon Cabin at nearly 40.5 miles.

From the cabin, we followed the Spotted Bear River northwest, meeting a couple of our shuttle drivers after about 2 miles. After spending the day on the road and setting up camp, they were gracious enough to run a pack full of snacks in and offer support.

Our groups split up even more in the final miles and I ended up on my own for much of it. After wading across Dean Creek and passing the silty, turquoise waters of the Blue Lakes, I reached the other shuttle drivers and first runners gathered at the Silvertip trailhead – about 50 miles and 15 hours after we started.

After a short recovery period, the first of us back piled into an SUV and drove down to the Spotted Bear Campground, where another shuttle driver was tending a buffet of hot food and cooler of beer. After a quick rinse-off in the river as the sun set, we ate, awaited the return of the rest of our group and recounted the day for the drivers before finally falling asleep in our tents.

The next morning, we packed up camp and drove home, crowding a small cafe in Hungry Horse for breakfast.

Here are more photos from the RATBOB.