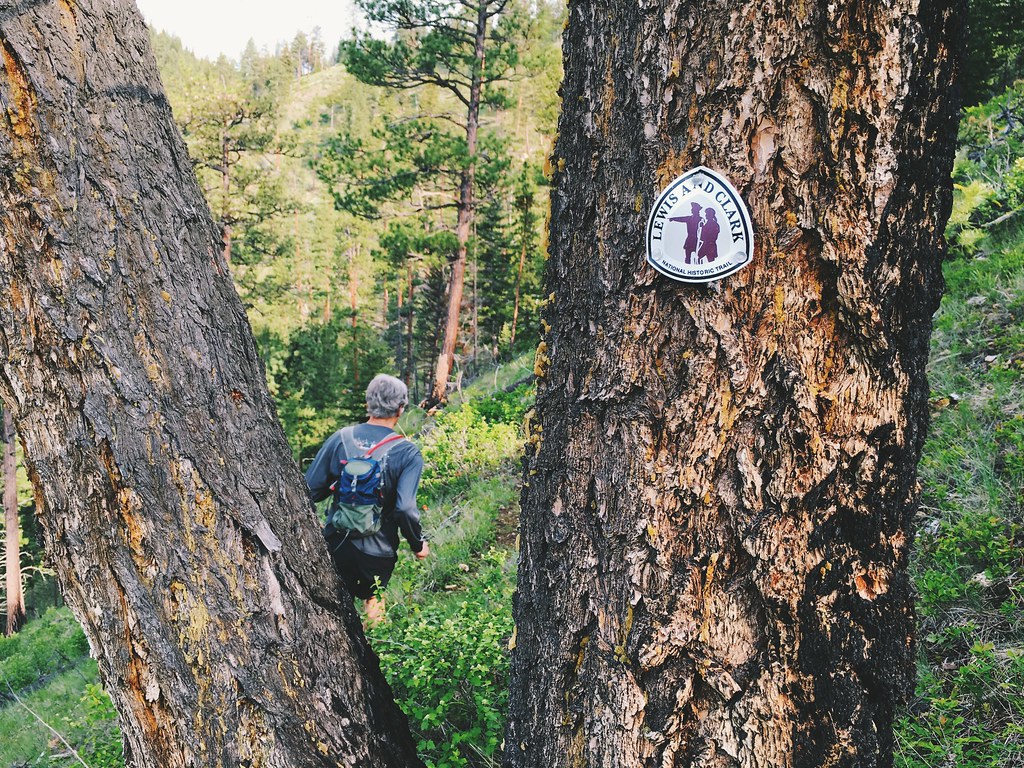 Memorial Day weekend started with a misadventure for me and a couple of friends.

After seeing a photo of another friend on the Lolo Trail – a section of the Nez Perce and Lewis and Clark national historic trails – we decided to try to run up to Lolo Pass and back as part of our training for the upcoming Beaverhead Endurance Runs 55K.

While our friend only ran a few miles of the trail, a U.S. Forest Service website and brochure, and a Missoula hiking guide all refer to it being 14 miles from Grave Creek southwest to the pass. Noting that the trail was described as “primitive” and “original historic tread,” and that it crossed a couple of forest roads near Lolo Hot Springs, I called the Lolo Pass Visitor Center for more information and was told it was well-marked.

If we started at Howard Creek, we thought, we could turn around at the pass after about 13 miles and make a 26-mile run out of it.

Long story short: The trail was miles longer than listed and appeared to lack markers in the middle, and  I should have asked when it was cleared last. 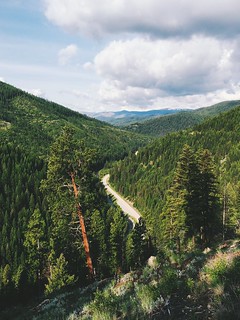 From the parking area at Howard Creek, off U.S. Highway 12 about 18.5 miles west of Lolo, the trail climbed steeply up singletrack past a switchback then just below the ridgeline for about 3 miles. Wildflowers were in bloom and and views down to Lolo Creek and across the Bitterroot Mountains were abundant.

The farther west we ran, the fainter the trail became – but the route was easy to find for the most part, with numerous new-looking markers nailed to trees.

At 4 miles, the trail descended to the south, crossing a couple of old forest roads and switching back several times until we were at the highway. There, not even 6 miles in, we stood confused.

According to maps in the hiking guide, the trail was supposed to parallel the highway on its north side. Private property signs were posted there, however, so the best we could figure was the highway is the trail at that point.

After 1.75 miles southwest on the highway, we came to Spring Gulch, where, again according to maps in the guide, the trail turned west. Finding no trail, we ran up a nearby forest road that it crossed on the maps.

About a mile later, we found an old road where the trail was supposed to re-enter the forest. Comparing the map from the guide to a topographic map downloaded to my iPhone, it appeared to be the right way. About a quarter-mile south, however, the route disappeared in a tangle of downed trees.

Using the topo on my phone, we continued to the south until we reached Fish Creek Road, crossed a bridge and rejoined the trail. After about 1.7 miles along the ridge west of the Lolo Hot Springs, we crossed Fish Creek Road again, just off the highway, and followed the markers back uphill.

The return to the official trail was short-lived, however, as we could see numerous downed trees obscuring the way again. 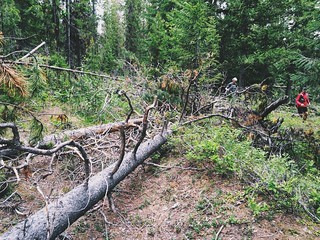 We made our way back downhill, crossed to the south side of the highway and followed it half a mile to the Lee Creek Campground, where we could run up the Wagon Mountain Trail and rejoin the Lolo Trail to Packer Meadows and the pass. Already about 11.5 miles in, though, it was clear we wouldn’t be returning.

From the campground, we followed the trail southwest up an old road for about 4 miles – over, under and around downed trees. The route was always apparent, and we saw markers again where the official Nez Perce and Lewis and Clark trails rejoined before the top of the mountain, but there were always more trees in the way.

At the high point on the trail, just below the 5,728-foot top of Wagon Mountain, we ran south down a singletrack trail through an area that previously had been logged and provided views west to the still-snowy peaks of the Selway-Bitterroot Wilderness.

After crossing the state line into Idaho, we navigated a short stretch of old road to Packer Meadows at 17.5 miles. There, we saw several varieties of wildflowers along Pack Creek, but were too early for the big bloom of blue camas. 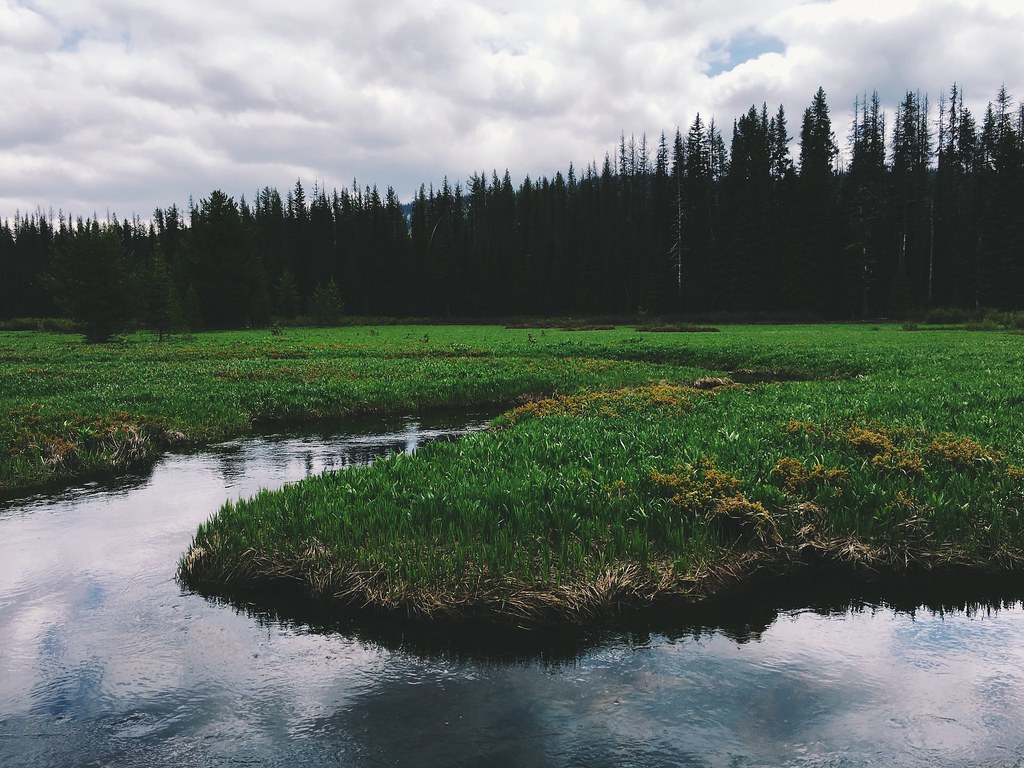 From the meadows, we ran the final mile of forest road west to the Lolo Pass Visitor Center.

After about 5 hours 40 minutes and 18.5 miles – and low on food and water – we stopped briefly in the visitor center before going out to the side of the highway to hitchhike back to our truck at Howard Creek.

The full, official Lolo Trail may exist, but I doubt we’ll try to follow it again.

Here are a couple of more photos from our run up the Lolo Trail.